Exploding Bacon’s 2015 robot, Pork Lift, was the first Exploding Bacon robot to be designed and created in our new 2015 build space.

Designed to play Recycle Rush, Pork Lift was a human player station robot. A tote fed through the human player station would slide through a ramp in the back of Pork Lift and would arrive at Pork Lift’s intakes, where the tote would be aligned and grabbed by Pork Lift’s lift. Pork Lift had many features, such as modular intake components, advanced autonomous capabilities, and a PID loop for lift stabilization. Pork Lift performed well at it’s events, making to the Quarterfinals of the Georgia Southern Classic Regional as the first pick and to the Semifinals of the Orlando Regional. 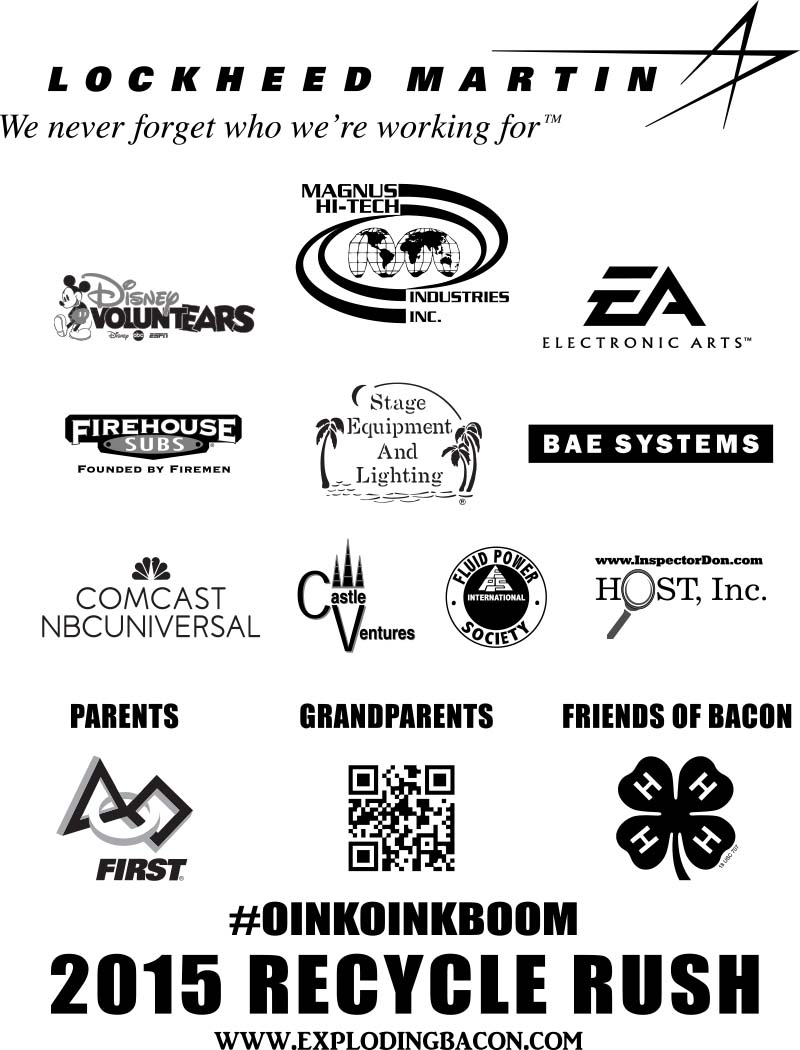 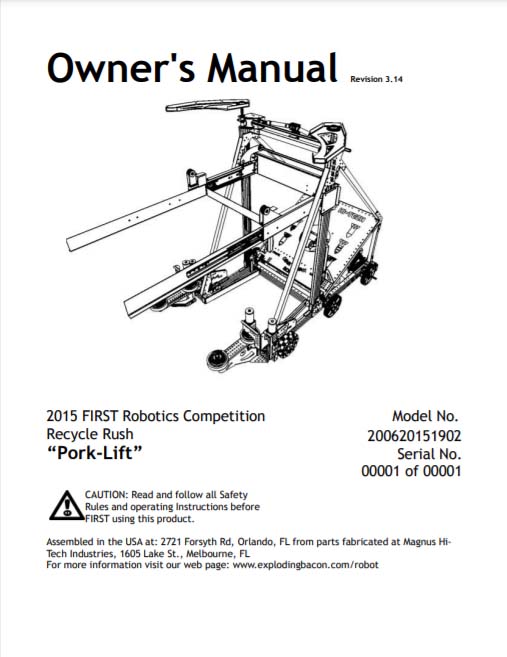